30/4/14 REPRO FREE
Team Pig in the Riverfest Soapbox Derby Niall Dempsey and Rocky O'Shea put the finishing touches to 'The Piglet Mark 2' at Siopa Rothar in Limerick. The Soap box Derby kicks off on Friday.

This year’s Riverfest is expected to attract record crowds, with 50,000 people set to attend the myriad of family events over four days as Limerick becomes the centre stage at a national level for May Bank Holiday Weekend celebrations. This translates into a €5.5m spend. Some 12,000 people alone will come in for the Great Limerick Run, one of the anchor events for the entire weekend.

“Riverfest started quite small but there was a vision form the very outset to build it into something really special that would take ownership of the May Bank Holiday weekend at a national level and it has certainly achieved that,” continued Mr Prendergast.

“It’s a weekend when Limerick shines, when people fill the streets and get to enjoy so much quality, free entertainment. Crucially also, it’s got such diversity so there’s pretty much something for all ages and tastes. It kicks off the summer festival season in Ireland in fine style.
. Pic Sean Curtin Photo
Sean Curtin 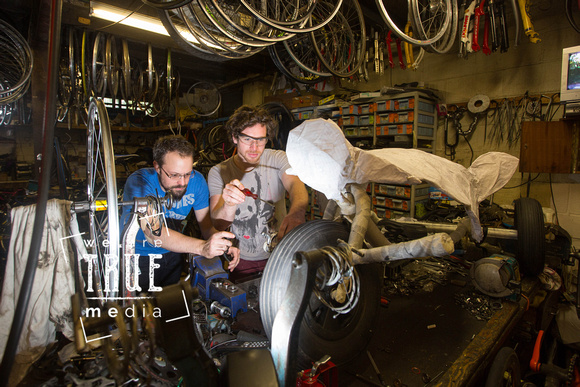