16/3/14
More than 40,000 spectators lined the streets of IrelandÕs National City of Culture today (Sunday, 16 March, 2014) to enjoy the Limerick International Band Championship.
20 marching bands featuring over 1000 musicians from across Ireland, Europe and the USA performed for the 44th annual Championship, which is part of the Limerick St PatrickÕs Festival.

At the parade is John Adeg bige, CBS Pipe band. 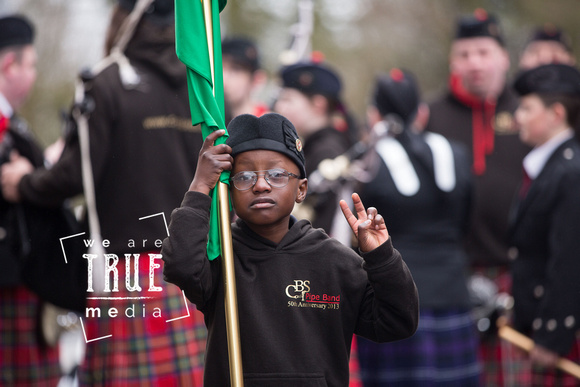